On the basis of her contributions to the Society,
the Santa Clara Valley Section selected Val as the 1999
recipient of the Shirley B. Radding Award.

Many ACS members were fortunate to hear and see first hand the impact that Val has had when she received the Shirley B Radding Award.  This Award was presented at the 2000 National Meeting and a reception was held in Val’s honor – the large room was filled by ACS members from all over the country and from diverse backgrounds, all wanting to acknowledge how Valerie had impacted them and their ACS lives.

As a Director-at-Large, Val has worked hard for the Society to meet the scientific and professional needs of the membership.

The Dreyfus Award for Encouraging Women into Careers in the Chemical Sciences
Val was selected as the 2004 recipient of a Dreyfus Award for her dedicated and vigorous efforts to make chemistry an attractive career  option for women and for the energy and compassion she has shared to improve the lives of women chemists at all stages of their careers.

As a Director-at-Large, Valerie has worked hard to broaden the pool of nominees for ACS awards to include more women.

In 2004 Val was selected by the ACS as the first recipient of the Volunteer Award for her decades of extraordinary service as an active Local Section Councilor and Chair of five national committees and for outstanding work in enhancing members’ careers and the public’s perception of chemistry.

Val has seen the positive impact that the ACS can have in meeting the needs of the members.

In 2005, the chemistry department at Purdue University selected Val as a distinguished alumna for all of her activities and leadership in the ACS and her research on the training and hiring of women by research universities.
.

In recognition of her many years of service at the local level, the North Jersey Section named Val as the recipient of the 2008 Burt Belden Award.

In 2001, the Teacher Affiliate Group of the North Jersey Section named her as the recipient of the Harvey Russell Award for her outstanding commitment and service to teachers, students, and National Chemistry Week. 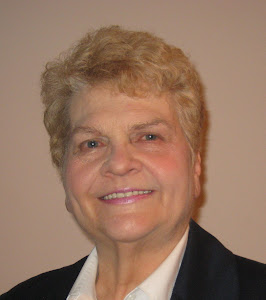 Every vote is important in the upcoming ACS election for Director at Large, so please encourage your friends to participate by voting. Thank you for your willingness to help me get reelected!